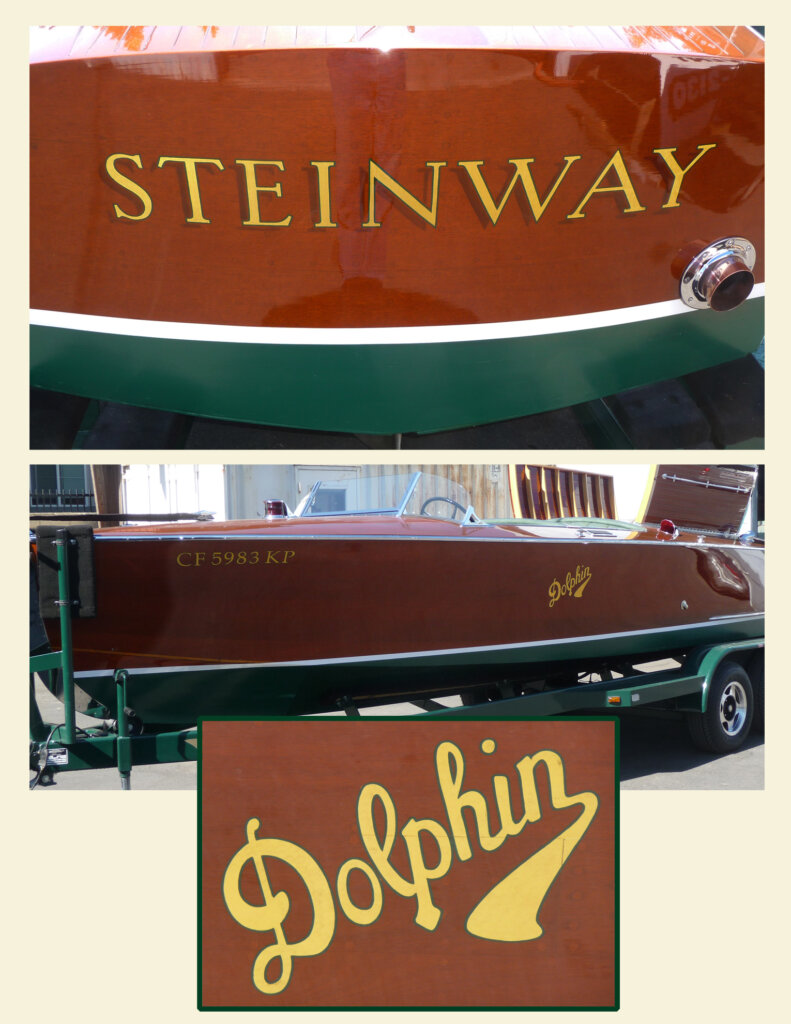 Another from the owner of Emma II, this 1929 26’ Hacker-Craft Dolphin Jr. won the Best of Show and the Marquee Class awards at the 2002 Lake Tahoe Concours d’Elegance.

John Espinola made the transom as elegant as the Steinway name on an old grand piano with a double-gild of 23Kt. gold, outlining and a natural drop shadow. He also gilded and outlined her CF numbers, and the Dolphin model logo both of which appear on both sides of her hull.