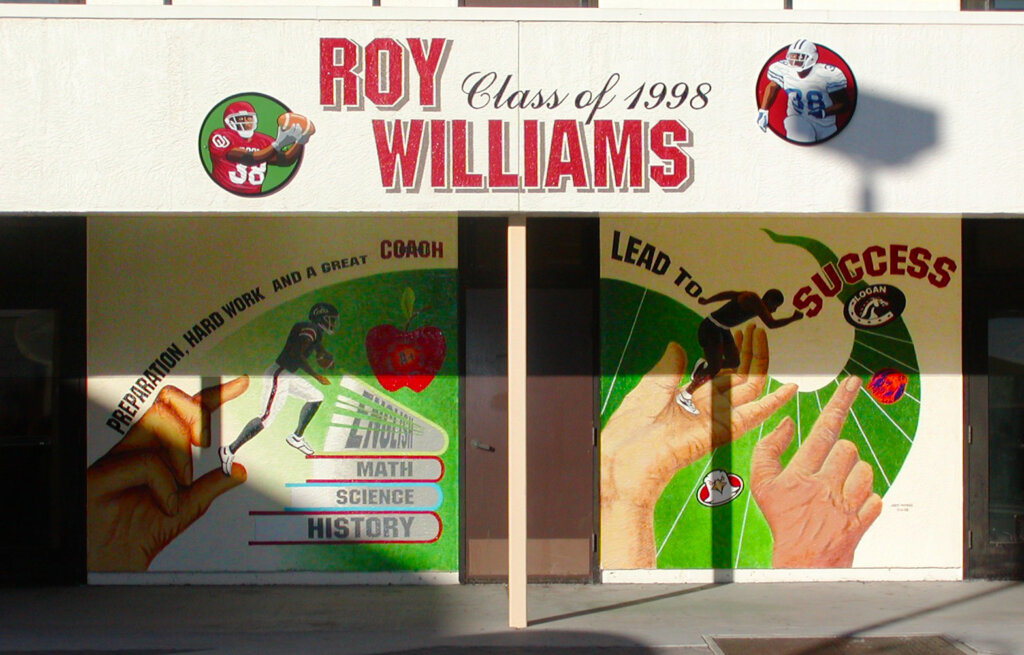 Painted on the wall in the early 1970’s, this delightful mural (left) was finally deemed beyond repair. After receiving permission from Redwood City officials AND hiring mural artist John Espinola, owner Kevin Jarvis ordered the wall painted over.

Customers and neighborhood occupants alike were greatly relieved to see the burglar return. In Espinola’s version (right), the burglar has a different identity and his surroundings are more realistic looking.